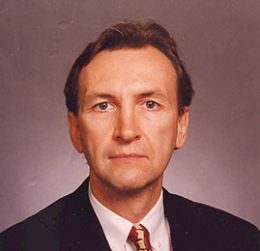 Kevin Powers has practiced law since 1978, concentrating in the areas of labor and employment law. He has tried over 100 cases and has received some of the largest jury verdicts in the field, including the $5.5 million verdict in the Clifton v. MBTA case. He has argued numerous employment cases before the Massachusetts Supreme Judicial Court and Appeals Court, as well as the First Circuit Court of Appeals. In 2000, Mr. Powers was inducted into the prestigious College of Labor and Employment Lawyers and currently serves on the College’s Credentials Committee. Mr. Powers is an active member of the Massachusetts and American Bar Associations and for two years chaired the Massachusetts Bar’s Individual Rights & Responsibilities Council. He is a former president of the National Employment Lawyers Association Massachusetts chapter. He lectures throughout the United States and has co-authored numerous books and articles on employment law topics. Named one of the best lawyers in America, Kevin is listed every year as one of the State’s “Super Lawyers.” Kevin represented two individuals held prisoner in the infamous Guantanamo Bay Prison. Both prisoners have been released.

Kevin is a lifelong resident of Boston and a graduate of Stonehill College, where he played three years of varsity hockey, and Suffolk Law School. He served as a legislative aid to Congressman William Delahunt when the Congressman served in the State Legislature. Kevin also served as the co-chair of “Attorneys for Kennedy” during Edward M. Kennedy’s presidential campaign. While very involved in Boston community issues, Kevin has forsworn inside politics and takes pride in his willingness to challenge the politically and economically powerful on behalf of those who deserve aggressive representation. Despite his very heavy caseload, Kevin is an outdoor sports enthusiast and has competed in 66 (and counting) regional triathlons since 1986. He also enjoys mountain climbing, cross-country skiing, and ocean kayaking. 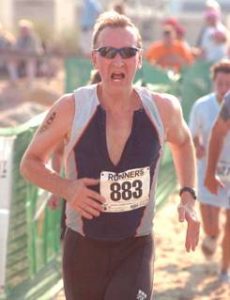 A SAMPLE OF CASES TRIED BY KEVIN POWERS

Tryon v MBTA
Whistleblower retaliation claim.
Suffolk Superior Court
Plaintiff awarded 1.2 million dollars.
Lost wages and benefits were tripled by the Court based on the egregiousness of the defendant’s actions.

Pellegrino v. NAGE
Disability discrimination and retaliation.
Norfolk Superior court.
Judgment for the Plaintiff in the amount of $820,000.00, including $500,000.000 in punitive damages.

DeBiase v. the MBTA
Gender discrimination.
The Massachusetts Commission Against Discrimination awarded the plaintiff $33,000.00, with attorney’s fees to be decided.