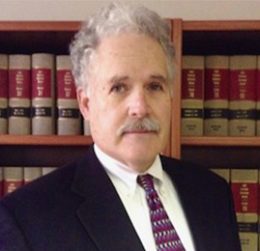 Jonathan J. Margolis concentrates his practice in representing plaintiffs in employment disputes, and in representing individuals in negotiating severance and similar agreements with employers.  He also represents clients in civil rights matters.  With his partners Kevin Powers and Harvey Schwartz, Jon represented two of the detainees at Guantanamo Bay; the three shared—with other detainees’ counsel in Greater Boston—the President’s Award from the Boston Bar Association.
In addition to representing plaintiffs in employment disputes, Jon has practiced in an uncommonly wide range of law during a career that goes back farther than he cares to admit.   He has handled significant matters in areas as diverse as commercial, tax, real estate and personal injury litigation, as well as representing several theatrical producers.
Jon’s significant employment cases include:

Brown v. Office of the Commissioner of Probation:  A 2011 trial resulted in a verdict awarding $500,000 in punitive damages against the Massachusetts Probation Department.  As this is written, post-trial motions—including one for substantial attorneys’ fees for his client—are pending.

Che v. MBTA, a federal case that, on appeal, set standards for the law of retaliation and punitive damages, as well as returning a substantial verdict for his client.

Halligan v. The Ground Round, Inc., which was tried with another case against the same defendant (what is called a consolidated case) and led to a verdict of $6.7 million dollars. That remains the largest single age-discrimination verdict in Massachusetts history, and received national attention.

Jon has been named one of New England’s “Super Lawyers,” by Law and Politics in every year since the title was inaugurated in 2006.

An active member of the National Employment Lawyers Association (where he serves on its Task Force on the Federal Rules of Civil Procedure) and the Massachusetts Employment Lawyers Association, of which he has been an officer, Jon has written or co-written a number of friend-of-the-court briefs on cases that established important precedents in employment law and legal practice.

Jon received a J.D. degree from Harvard, where his experience in a contracts class on the first day of law school provided the inspiration for the famous opening scene of the popular book and film, The Paper Chase.  (He hastens to note that the rest of his law school experience was nothing like that described in the book and movie.)  For several years, he acted as an advisor to students in Harvard Law School’s intensive Trial Advocacy Workshop; trial commitments have prevented him from doing so for the past couple of years, but he hopes to resume in the future.  He received his undergraduate degree from Brandeis University.

In a varied career, Jon has also been a radio broadcaster and reporter, a writer and a theatrical producer.  He has written for legal and general-interest publications, including The New York Times, The Boston Globe, the Brandeis Review, Massachusetts Lawyers Weekly and the Proceedings of the United States Naval Institute.

He lives in Brookline, where he is vice-chairman of the Trustees of the Public Library (an elected position), and a member of Town Meeting. When not practicing law, he writes a blog, The Old New Englander, and cares for and sails the classic 28-foot canoe yawl Rozinante, which was built for her designer, the famous L. Francis Herreshoff.